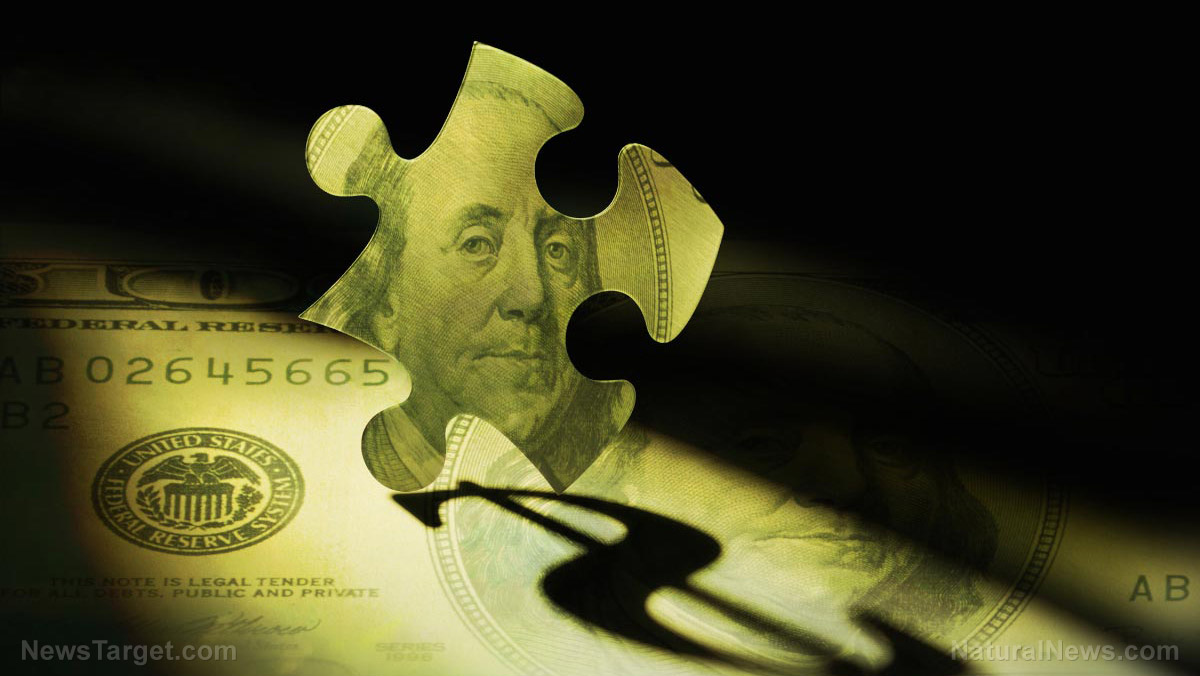 It’s now abundantly obvious that the globalists are deliberately driving our world into a debt bomb currency collapse. This is being engineered with massive government spending under the cover of “covid relief” bailout programs. In the US, Democrats are currently pushing a $1.9 trillion covid “relief” bailout / blowout, and this is just phase one of what they have in mind.

Under the Democrats and the fake Biden regime, it won’t be long before America is swamped with $40 trillion in debt. (This could happen in just the next 18 months.)

Once the global currency collapse is triggered — much like the final snowflake falling on a mountain top and triggering a massive, deadly avalanche — governments around the world will loot whatever they can see.

What can they see that’s yours? Bank accounts, primarily, but also stock market investments, pension funds and anything else that’s electronically “visible” to the criminal government.

Understand this critical point: The only things the government can’t loot from you are those things which are “invisible” to them.

What’s “invisible” to the government?

Physical gold and silver in your possession, for starters. They can’t see it because it isn’t electronic and it’s not connected to the ‘net.

Yes, governments can see your Bitcoin. The blockchain is shared everywhere. It’s a public ledge of your bitcoin holdings, the opposite of privacy! The IRS can easily track your bitcoin holdings right now, which means they can also confiscate your holdings by fining you in dollars and forcing you to sell your bitcoin to pay the IRS in dollars. Right now, the nation of India is proposing a total ban on cryptocurrency, meaning it will become a criminal offense to own Bitcoin. A similar law will eventually make its way to the USA, banning all cryptocurrencies that the government and central banks don’t control themselves.

Digital books that you purchase through Kindle are quite visible to the deep state, but books on your shelf are invisible to the government. Or ammo in your safe. Or firearms you made at home using a Ghost Gunner, for example.

When you watch Netflix movies, that’s visible (and tracked to build a psychological profile on you), but when you watch physical DVDs on your DVD player, that’s invisible.

Shift your assets from visible to INVISIBLE

In preparation for the global looting that’s coming, a key financial survival strategy is to shift your assets from “visible” (i.e. bank accounts, crypto, pension funds, stocks) into the “invisible” (physical gold, silver, ammo, collectibles, firearms that aren’t tracked, etc.). Importantly this strategy is both legal and ethical. You don’t have to violate any laws to trade bank account digits for physical silver, for example. Yet in doing so, you are transitioning “visible” assets into “invisible” assets. (Which is one reason why governments hate gold and and silver in the hands of citizens.)

Many people are playing in the “financialization” space right now, thinking they are getting rich on Tesla stocks or cryptocurrency. But none of that counts — and it can all be looted — until you sell it and cash it out for something real.

At the end of the financial game currently playing out on the world stage, the only assets that matter are physical assets under your control when the music stops. Anything in a bank account, a brokerage account or a digital wallet of any kind can be found and confiscated. (Or aggressively devalued.)

Yet it’s much more difficult for governments to physically come to your house with an armed assault squad and steal your silver, for example. Especially if you’ve hidden it or buried it somewhere.

It doesn’t mean government can’t steal your “invisible” stuff if they really, really want to, but it’s far more difficult for them to do so, especially when they don’t really know whether it’s worth raiding your house, since they can’t see how much stuff you really have (physical gold, silver, ammo, firearms, etc.).

In today’s Situation Update, you’ll learn more details about how the government spies on your assets and how they electronically steal from you. More importantly, you’ll learn how to protect yourself from their theft.

Remember: All governments are criminal enterprises that thrive on the mass looting of their citizens. They are above the law and respect no rule of law that stands in their way. Once they find themselves in dire financial trouble, they will begin large-scale looting of private bank accounts, pension funds, stocks and anything else they can locate and steal.

It has been this way throughout history, again and again. And history repeats itself.

Listen to the full podcast here, and pass this along to others who need to become more “invisible” with their assets so they might have something remaining after the government tries to steal everything.