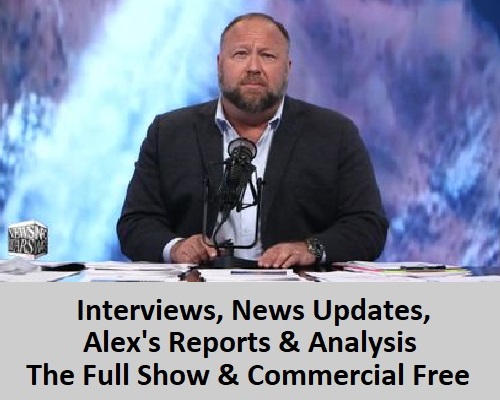 Details of the shooting were not immediately provided by London’s Metropolitan Police Department. News outlets including the BBC and the Guardian reported that city police responded to a shooting just before 3 a.m. in southeast London. The victim was a 27-year-old woman and the shooting was near a house party. The Guardian, citing police, reported that there is no immediate evidence to suggest she was targeted.

The BBC reported that Johnson, 27, is also a leading member of the country’s Taking the Initiative Party, which the report said is considered Britain’s first “Black-led political party.”

DML: If you watched the video above, then you know what I am thinking. There’s no reason to write it. You too feel the same way too, I am sure.

U.S. Secretary of State Antony Blinken told Israeli Foreign Minister Gabi Ashkenazi in a phone call Thursday that he plans on traveling to the region “in the coming days” to meet with his Israeli, Palestinian and regional counterparts, State Department spokesperson Ned Price said in a readout of the conversation.

“The Foreign Minister welcomed Secretary Blinken’s planned travel to the region,” the readout stated. It added that the sides will “discuss recovery efforts,” and work “together to build better futures for Israelis and Palestinians.”

DML: Despite the rockets, this trip probably feels like a vacation for Blinken.  I hear even the most radical of Democrats are having a hard time dealing with Biden’s anti-common sense leadership.

Mickelson wrapped up his 73 with a par on the 72nd hole as the fans erupted with wild cheers at the Ocean Course. After successfully hitting the winning putt, Mickelson raised his arms in celebration and hugged his brother, Tim, who was his caddie.

DML: You know there’s someone on Twitter telling everyone to stop cheering for Phil because he’s white! Odds are it’s something like: “White people can’t be champions, they’re racists!”  But see, they are so wrong to write something like that.  Phil won because of his privilege. LOL.

4.George Floyd’s family holds rally, march in brother’s memory
MINNEAPOLIS (AP) — Members of George Floyd’s family, and others who lost loved ones to police encounters, joined activists and citizens in Minneapolis on Sunday for a march that was one of several events planned nationwide to mark the one-year anniversary of Floyd’s death.

Hundreds of people gathered for the rally in front of the courthouse in downtown Minneapolis where the Chauvin trial concluded a month ago, many carrying signs with pictures of Floyd, Philando Castile and other Black men killed by police.

Amid chants of “no justice, no peace!” and “Say his name,” Gov. Tim Walz, Minneapolis Mayor Jacob Frey and St. Paul Mayor Melvin Carter watched alongside a dozen of Floyd’s family members as speakers called for justice for families of Black men slain by police.

DML: Stay woke? Does he mean continue to burn down buildings, loot, rape, beat, resist arrest, and kill? Meanwhile, in other black community news, there were 11 people killed, and 35 wounded in shootings in Chicago since Friday night.

During an interview with John Catsimatidis on his radio show on WABC 770 AM, Paul, an ophthalmologist, said he’s making the personal decision because he’s already had COVID-19.

Paul tested positive for COVID-19 in March 2020. At the time, he was the first known senator to have contracted the disease.

The Centers for Disease Control and Prevention (CDC) recommends that those who have recovered from COVID-19 get vaccinated because experts are unsure about how long natural immunity lasts.

However, the Kentucky senator told Catsimatidis that until he sees evidence suggesting that immunity from the vaccine is better than natural immunity, he’s not going to get vaccinated.

“Until they show me evidence that people who have already had the infection are dying in large numbers or being hospitalized or getting very sick, I just made my own personal decision that I’m not getting vaccinated because I’ve already had the disease and I have natural immunity,” Paul said.

DML: Smart man.  Very smart man.  Extremely smart man.  And on a side note, a friend of our family was all excited about the vaccine being available.  She got the J&J shot.  Three weeks later she received the news that she had COVID-19.