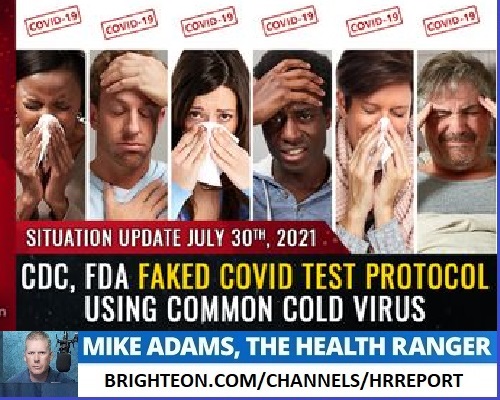 Today is June 4 and I am Dennis Michael Lynch. Below are my opinions on the stories grabbing headlines this morning. I hope you share this briefing as doing so will make you the smartest person in the room, in my opinion.

In an interview with The Financial Times published Friday, Fauci said the records could help resolve the debate over the origins of the virus, particularly if it was the result of a laboratory leak.

“I would like to see the medical records of the three people who are reported to have got sick in 2019,” Fauci told the news outlet. “Did they really get sick, and if so, what did they get sick with?”

Fauci also called for the records of miners that got sick years ago after entering a cave. According to The Washington Post, six miners became sick with a viral-induced pneumonia after entering a bat cave.

The infectious disease expert said, “It is entirely conceivable that the origins of Sars-Cov-2 was in that cave and either started spreading naturally or went through the lab.”

DML: Say WHAT? Too little, too late, Fauci… and now you’re digging in a CAVE?

2 – Unrest in Minneapolis after shooting death of suspect by law enforcement
Fox News reports: Rioters in Minneapolis reportedly smashed windows and lit a dumpster on fire Thursday night near a parking garage where an officer fatally shot a suspect wanted for unlawful possession of a firearm by a felon earlier.

The suspect, accused in a homicide, didn’t follow commands from the U.S. Marshal Service taskforce – made up of local law enforcement – and pulled out a gun during the attempted arrest, FOX 9 in Minneapolis reported, citing authorities. He was pronounced dead at the scene.

The dumpster eventually melted into a “puddle of fire,” a KSTP-TV reporter at the scene tweeted. The few dozen protesters continued to add items to the dumpster to keep it burning, FOX 9 reported.

Firefighters eventually arrived and extinguished the fire. Police reportedly took around 40 minutes to respond after it was lit.

Some who remained at the scene late into the night smashed windows of businesses and looted at least two stores.

Such a statewide policy could mean that legal immigrants with green cards and work visas would be allowed to vote in Vermont’s local elections like school board, mayoral, and city council races.

The policy has become a mainstream Democrat position, with failed Georgia gubernatorial candidate Stacey Abrams saying in 2019 that she would not “oppose” non-citizens voting in local elections.

This is the same governor who admitted he voted for Joe Biden:

DML: This guy might as well just join the Democrat Party.  And you wonder why Biden has the borders wide open?  Watch this happen in every Democrat-controlled state.

4 – West Virginia offering guns as prizes in COVID vaccine lottery
The New York Post reports: West Virginians who get the COVID-19 vaccine will be entered into a drawing to win prizes, including custom firearms and $1 million, Gov. Jim Justice announced Tuesday in the latest initiative by a state government to boost inoculation efforts.

June 20 – Father’s Day – will mark the first of a series of weekly drawings running through Aug. 4, the Republican governor said during a press briefing.

“To be eligible, you have got to get your first shot,” said Justice. “When I start through these prizes … there’s going to be a run on people getting their first shot. So go get ’em. Go get ’em so you’ll be eligible where we can draw your name, and absolutely you could win something that would be phenomenal.”

The Father’s Day drawing also includes two four-year scholarships to any West Virginia educational institution – for winners between the ages of 12 and 25 – as well as a $1 million grand prize, Justice said.

5 – Virginia Activists Petition to Force Radical Race and Gender Curricula on Children
Breitbart reports: Parents, teachers, and officials in Albemarle County, Virginia, are circulating a radical petition calling for the board of Albemarle County Public Schools (ACPS) to bar parents from opting their children out of courses promoting Critical Race Theory (CRT) and gender theory, arguing that allowing such an option would be at the “exclusion to families of color and to LGBTQIA+ students and families.”

As ACPS’s radical policies gain ground, concerned parents have been attempting to opt their children out of courses that they believe are “fundamentally racist,” and, in the case of gender theory, “should be left up to parents to teach their kids.”

However, as Breitbart News reported: [O]ne concerned parent … told Breitbart News that when she sought to opt her student out of CRT, [Joseph T. Henley Middle School] Principal Beth Costa initially said “you can choose not to have your child participate.” Despite this, “Diversity Resource Teacher” Chris Booz — who helps write the curricula for the entire county — immediately corrected Costa, saying the radical ideology “is going to be woven through in all of the classes in Albemarle County.”

Activists in the County are circulating a petition — which has, as of the time of writing, obtained more than 350 signatures, at least 47 of which are from ACPS teachers and administrators including Costa — in which they seek to force radical curricula on children whose parents have not consented.

The activists are labeling parents opposed to CRT as “haters” and “racists.”