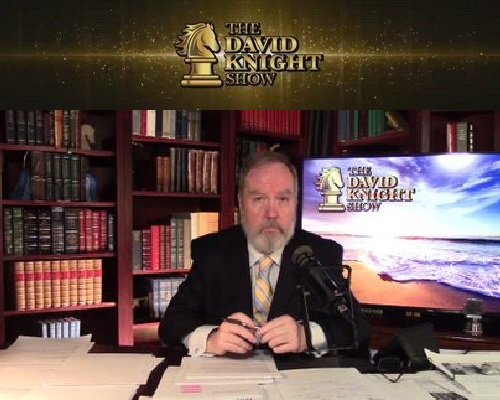 Today is June 9 and I am Dennis Michael Lynch. Below are my opinions on the stories grabbing headlines this morning. I hope you share this briefing as doing so will make you the smartest person in the room, in my opinion.

1 – Arrests, lifetime ban after Mexico fans target Team USA at game in Denver
Fox News reports: Denver police have identified the fan suspected of hurling a canned beverage at 18-year-old U.S. soccer prodigy Gio Reyna, injuring him at the end of the CONCACAF Nations League final against Mexico at Empower Field at Mile High over the weekend.

They gave his name as Pablo Ibarra Fuentes, 30. The incident sparked condemnations from around the sporting world, and video replays show a jarring impact that left Reyna staggering.

Officials said they banned Fuentes banned from the stadium, which is also the home of the Denver Broncos, for life.

Max Bretos, a sports journalist and the announcer for Los Angeles FC, was at the match, several rows behind the fan who hurled a can that blindsided Reyna in the temple and sent him reeling. In the heat of the moment, and witnessing from a distance, he tweeted that he believed a “full Coca Cola” had been launched at Reyna’s skull. But in a phone interview Tuesday, after reviewing different angles of the incident, he said he now believed it was a full beer can hurled from 20 yards out.

DML: Appalling! Ban not good enough. Should be jailed!

2 – Alyssa Milano says she could ‘potentially run’ for House in 2024
The Hill reports: Actor-turned-activist Alyssa Milano may seek to transition from Hollywood to the House, saying she’s “considering” a congressional run in 2024.

“I split my time between Truckee, Calif., and Bell Canyon, Calif., and the Republicans have basically had a strong arm there in the 4th District,” the former “Insatiable” star said.

“I would love to maybe consider flipping that seat blue,” Milano said.

DML: What a joke!

And that Vice President Kamala Harris’ warning to migrants that they shouldn’t come seems like a precursor to “saying that we are going to allege that you are coming to this country illegally, when seeking asylum on our border is, in fact, legal, and use that to pre-date any violence that we are willing to inflict on immigrants as a deterrent.”

Ocasio-Cortez said, “I think the issue here, and first of all, I think this is not just about the vice president. This is about the Biden administration’s immigration policy writ large is not working. It’s wrong, and it’s inhumane. It’s rooted — and he inherited it. But frankly, this was also a problem not just inherited by Donald Trump, but inherited by Barack Obama, all the way back to the creation of DHS and ICE under George Bush.”

4 – ACLU Attorney: ‘Absolutely Fair’ for Trans ‘Women’ to Compete with Girls
Breitbart reports: In a discussion with Yahoo Finance, a man living as a woman and a woman who is living as a man said it is fair for transgender ‘women’ to compete against biological women and that claims otherwise are “overblown.”

“The idea of trans dominance is completely overblown,” Chase Strangio, who starting living as a man in college, said. “It’s a myth.”

Strangio,who is an attorney with the left-wing American Civil Liberties Union (ACLU), called the wave of state legislation to try to protect female athletes in high school and college from unfair transgender competition “discrimination.”

When asked about Lauren Hubbard, a transgender “woman” and weightlifter from Australia who hopes to compete in the Summer Olympics in Japan, Strangio said the laws of the transgender sport in 10 states make it harder for a trans fourth grader to play sports than a trans-Olympian.

Strangio called the sports legislation and other bills to preserve single-sex spaces like restrooms and locker rooms “a sweeping set of attacks.”

DML: Does anyone have any common sense anymore?

Dana Stangel-Plowe accused the Dwight-Englewood School in Bergen County of forcing students and faculty to embrace a single set of beliefs, choking off free-speech in the process.

“The school’s ideology requires students to see themselves not as individuals, but as representatives of a group, forcing them to adopt the status of privilege or victimhood,” Stangel-Plowe wrote in her letter to school brass.

DML: We need more teachers like this to speak out!