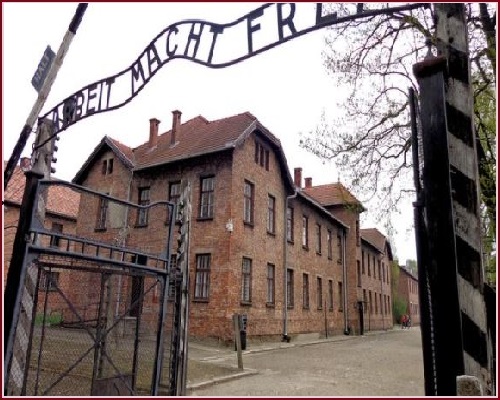 (Natural News) That’s it, Covid camps have been announced for every US city. These will function first as the ghettos of the new vaccine Holocaust, where anyone who refuses the Covid spike protein nano-particle-bioweapon injections becomes a prisoner, force-medicated, possibly never to be seen again (Marxist concentration camps). The “Mental health” section of this CDC Covid DEATH CAMP document reveals they are causing mass hysteria and insane mental trauma. Here’s how the manual reads regarding “fear of infection” like it’s a syndrome that must be treated medically with vaccines and SSRIs:

Explanation: Additional stress and worry are common during any epidemic and may be more pronounced with COVID-19 due to the novelty of the disease and increased fear of infection, increased childcare responsibilities due to school closures, and loss of livelihoods. Thus, in addition to the risk of stigmatization and feeling of isolation, this shielding approach may have an important psychological impact and may lead to significant emotional distress, exacerbate existing mental illness or contribute to anxiety, depression, helplessness, grief, substance abuse, or thoughts of suicide among those who are separated or have been left behind.

So because Covid-19 is supposedly “novel” (which it is not because Covid-19 has never been isolated) it’s adding stress through fear of infection and isolation (when your children are taken away to be abused by the government and sold or killed), and this may make existing mental illnesses so bad, everyone turns to drug abuse and/or suicide. This they claim will be cured by “Shielding Approach,” which is the new code word for concentration camps, and we do mean like Nazi concentration camps, with forced-medical experimentation, abuse and genocidal death “waves.”

CDC’s “Shielding Approach” means Nazi-style concentration camps in every state of the USA for “Covid” treatment, including mRNA clot shots and lots of SSRIs

So you want to know what the “shielding approach” is? It’s the government’s way of telling you nicely that they are coming to capture the non-vaccinated and take us all away to “green zones” or “safe zones” or “camp/sectors” and you cannot make this stuff up, unless you’re a writer in Hollywood for Hunger Games or Divergent. We are all so fearful of the common cold that we are going to go mental. Plus, when you’re removed from your family and children are separated, to be owned by the state, then you really will feel “shielded.”

That’s right, the CDC has already determined they will be sending half of all Americans to the non-vax ghettos, like lepers, where they will be “reeducated” (forced to consume) propaganda and medicine for the China Flu, PCR (common cold/flu) tests, and monthly booster shots.

The shielding approach “aims to reduce the number of severe COVID-19 cases by limiting contact between individuals …” so every American can be simply determined by the CDC to be weak enough in some way that they must be relocated to the Green Zone (Auschwitz USA), with no charges filed, no crime committed, no lawyer call, no phone calls at all, and no contact with the outside world, for “fear” you might get someone else as sick as you could become, because you are weak. That’s called an internment camp. It’s already happening, for sure, in Tennessee.

Hitler considered the elderly as a burden on society and the economy, so he had them killed as soon as they arrived at the concentration camps

The Green Zone internment camps, the CDC has already concluded, are looking first at “older adults” as their “current evidence indicates” they are at higher risk for severe Covid. That’s why the CDC states in their camp directory under the “Shielding Approach” section that seniors go first in order to… “prioritize the use of the limited available resources and avoid implementing long-term containment measures among the general population.”

So they’re basically saying let these seniors die off to spare money and resources for the general population. Don’t keep the old folks for long-term. Avoid it. How? Through toxic nano-particle-bioweapon clot shots? Who’s next, the Jews, the Blacks and the unvaccinated?

The “theory” of the “green zones” and “safe zones” the CDC wants for America right now outlines how to implement the “approach” with “strict adherence to protocol.” They must prevent “inadvertent introduction of the virus into a green zone,” and this is in writing, folks, under the “shielding approach” to “displaced” concentration camps set up in America right now by the CDC.

The Health Ranger’s podcast covers this atrocity of internment (concentration) camps for the non-sheeple Americans who own land, guns, brains and refuse to die in the name of the China Flu and its fake, toxic medicine.

Tune your internet frequency to Pandemic.news for updates on these vaccine-induced crimes against humanity, plus the inside scoop on the upcoming “Delta” and “booster-vaccine” Holocaust, part II. Remember, if someone you know is pro-vaccine right now, that also means they are anti-science, because if they would look at the science, they would clearly see that vaccines are not safe or effective, but rather dangerous and defective.

Sources for this article include: