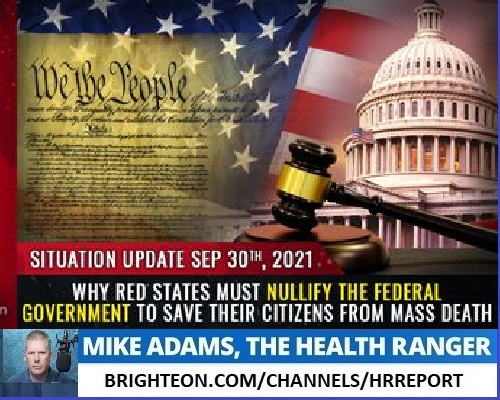 Today is July 22 and I am Dennis Michael Lynch. Below are my opinions on the stories grabbing headlines this morning. I hope you share this briefing as doing so will make you the smartest person in the room, in my opinion.

1.White House weighs pushing masks as COVID cases increase
Fox News – The Biden administration is reportedly weighing whether to formally urge vaccinated Americans to once again mask up as the country experiences an increase in the number of COVID-19 delta variant cases.

White House aides are in talks with officials at the Centers for Disease Control and Prevention (CDC) about proposed messaging to the public, the Washington Post reported.

People familiar with the discussions told the Post that the White House is hesitant to implement policies that would explicitly mandate people show proof of their vaccination status. One idea reportedly thrown around was to ask Americans to wear masks when vaccinated and unvaccinated people not to congregate in crowded places.

DML: I should really play lotto because I can predict the future.  With that said, I will use a mask to wipe my ass if no other option is available.  But that’s where it ends.  As for social distancing, I don’t see that happening either.  People are tired of the boogey man routine.  I say hug and be hugged, let the germs share as they will.  It’s called the immune system, it’s called the circle of life.

McCarthy said the GOP won’t participate in the investigation if Democrats won’t accept the members he appointed.

Pelosi cited the “integrity” of the probe in refusing Wednesday to accept the appointments of Indiana Rep. Jim Banks, picked by McCarthy to be the top Republican on the panel, or Ohio Rep. Jim Jordan. The two men are outspoken allies of former President Donald Trump, whose supporters laid siege to the Capitol that day and interrupted the certification of President Joe Biden’s win. Both of them voted to overturn the election results in the hours after the siege.

Democrats have said the investigation will go on whether the Republicans participate or not, as Pelosi has already appointed eight of the 13 members — including Republican Rep. Liz Cheney of Wyoming, a Trump critic — and that gives them a bipartisan quorum to proceed, according to committee rules.

DML – The midterm elections cannot get here fast enough.  Every American right of center must vote to get Nancy and her ilk out of office.

3.Navy warns it’s running out of capabilities to cut, budget moves threaten readiness
Washington Times – The Navy warned Congress Wednesday that it is quickly reaching the end of the line on divestments before cutting into capabilities needed for deterrence and war fighting.

Lawmakers from the Senate Appropriations Defense subcommittee questioned both the Navy and the Air Force on their divestment decisions at a hearing as Congress continues to parse the proposed budget for 2022.

“The challenge that we’re facing now is that the good ideas, the things that we don’t think we need to bring to the future fight, we’re starting to run out of that,” said Deputy Chief of Naval Operations for Integration of Capabilities and Resources Vice Adm. Randy Crites.

The Navy continues to strain under tight budgetary constraints over the past decade and has continued to make cuts elsewhere while laboring to rebuild the fleet, said Vice Adm. Crites.

DML: Meanwhile, over in China things continue to grow. According to an article appearing on CNN’s website in March 2021, China is expected to field 400 ships by 2025, the goal of the current US Navy shipbuilding plan, a goal with no fixed date, is for a fleet of 355 — a substantial numerical disadvantage.

4.Biden slammed over answer given to small business owner during CNN town hall.
President Biden late Wednesday was criticized by Republicans after he told a restaurant owner to pay his employees higher wages or risk having them leave for better jobs.

John Lanni, an owner and co-founder of a restaurant group, said his business is struggling to find workers amid the COVID-19 pandemic.

He asked the president during a CNN town hall if the government would incentivize returning to work for people who are choosing to collect lucrative unemployment benefits instead of securing employment. Watch the two clips below.

DML: If 83 million people really voted for Biden then I don’t think we’ve got a chance to remain the world’s super power. People are just stupid for voting for this man.  Almost as stupid as Joe sounded on CNN last night.  In one video his LIES by saying people who are vaccinated won’t get COVID.  No fact checkers to be found anywhere! Watch these videos:

DML: Joey’s economy is a house of cards, and those cards are purchased by free money that can’t be recycled.  That BOOM you will soon hear isn’t a good thing, it’s the economy hitting the basement.