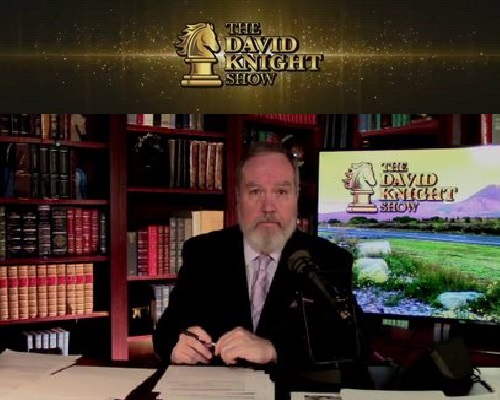 Next Phase: Get Rid of the Unvaxxed Control Group.

1:56 Can’t handle the truth? Just 2 days after Axios pressured them to start censoring podcasts and they claimed they didn’t have the manpower to do it, our podcast was banned by Spotify without notice or explanation. But there’s still more than a dozen places you can find the podcast.

19:41 Why are they so adamant that 100% of the population be vaccinated? Is it to remove the “control group” of unvaccinated to cover their crime against humanity?

30:34 Russian Immigrants: CRT is EXACTLY What Was Taught in Soviet Schools. Bill Maher sees it in the cancel mob & the Olympics. But those who escaped Soviet Union say American schools are teaching identical ideas, even the terminology is unchanged, merely translated into English.

1:22:56 Listener letter: exiting the system and relocating — it’s good! Californians’ support of gun control is dropping as lawless anarchy is supported by govt. And listener gives an update for Electric Vehicle power usage vs the banned game computer.

1:46:42 New birth control method uses injected nanoparticles steered by magnets and heated by EMF. Sound familiar? China is touting it as a substitute for condoms.

2:12:46 FDA Fast Tracks Opioid That’s the Same as Oxycontin. They say it has an “abuse deterrent”. That’s a joke. Here’s how FDA is enabling the next wave of opioid addiction…

2:20:39 Washington Post Admits “Herd Immunity” Doesn’t Apply to Trump Shots. Forget about the “herd mentality” angle of the mandatory “vaccinators”. We were told that you had to get the jab to protect others. But now even mainstream media admits the fully jabbed transmit virus as much or more than the unvaccinated.

2:23:03 Leaked Pfizer Agreement Demands Protection from CRIMINAL Liability. They knew. So do the govt officials doing deals with them

2:43:01 Ethics or Profits? Franklin Graham, Max Lucado, Catholic Church Shill for BigPharma Shots. Graham & Lucado fearmongering over their own “breakthrough cases”, and a listener writes on the Roman Catholic refusal to attest to her objections to the ethics of cannibal medicine

2:52:10 The global agenda is moving in “lockstep” as they planned. And now the politicians in EVERY country are making it clear that “the voluntary phase is over”. Unions are pushing back against government mandates. Will they stay the course or will their leaders accept 30 pieces of silver?