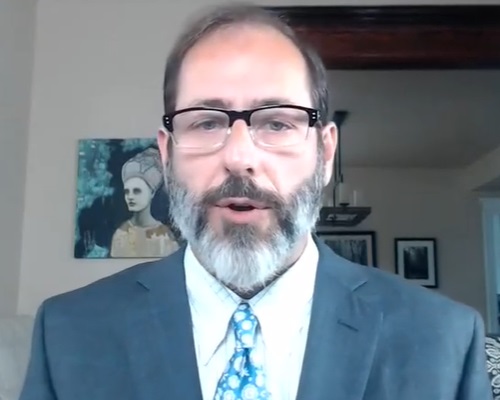 Tucker Carlson Says the NSA Has Leaked His Emails to Journalists.

Tucker Carlson revealed today that the NSA has leaked his emails to journalists and that one contacted him to warn him about an upcoming hit piece designed to discredit the Fox News host.

Last week, Carlson said that the National Security Agency had been spying on his communications in an effort to “take this show off the air” by leaking the information to left-wing journalists.

The NSA responded by denying that it had spied on Carlson, re-iterating the wildly dubious claim that it only eavesdrops on foreign adversaries.

“Tucker Carlson has never been an intelligence target of the Agency and the NSA has never had any plans to try to take his program off the air,” the NSA said in a statement on Twitter. “NSA has a foreign intelligence mission. We target foreign powers to generate insights on foreign activities that could harm the United States.”

However, during an appearance on Fox Business with Maria Bartiromo earlier today, Carlson revealed that a journalist contacted him for comment on the contents of the emails, thereby confirming that they had been leaked.

“I was in Washington for a funeral last week and ran into someone I know well, who said ‘I have a message for you,’ and then proceeded to repeat back to me details from emails and texts that I sent, and had told no one else about. So it was verified. And the person said ‘the NSA has this,’ and that was proven by the person reading back the contents of the email, ‘and they’re going to use it against you.’

To be blunt with you, it was something I would have never said in public if it was wrong, or illegal, or immoral. They don’t actually have anything on me, but they do have my emails. So I knew they were spying on me, and again, to be totally blunt with you – as a defensive move, I thought ‘I better say this out loud.’”

“Then, yesterday, I learned that – and this is going to come out soon – that the NSA leaked the contents of my email to journalists in an effort to discredit me. I know, because I got a call from one of them who said ‘this is what your email was about.’

So, it is not in any way a figment of my imagination. It’s confirmed. It’s true. They aren’t allowed to spy on American citizens – they are. I think more ominously, they’re using the information they gather to put leverage and to threaten opposition journalists, people who criticize the Biden administration. It’s happening to me right now…”

“This is the stuff of banana republics and third-world countries,” replied Bartiromo.

No doubt the media will continue to claim that the NSA didn’t leak Tucker’s emails while gleefully reporting on the contents of his leaked emails.

Carlson has been a constant thorn in the side of the Biden administration and has survived numerous deplatforming and ad boycott efforts by far-left activist groups and their pro-Democrat media amplifiers.