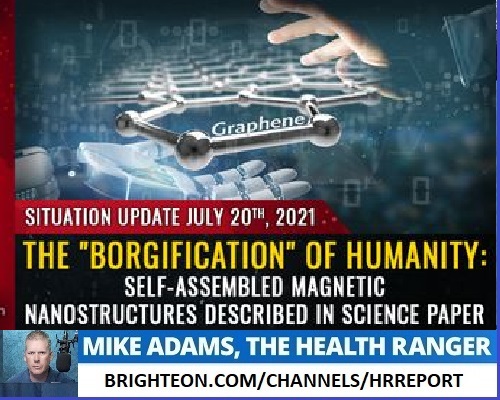 The average person living today has little idea how far the development of self-assembling nanotech biocircuits has progressed. So-called “fact-checkers” (professional propagandists and liars) deliberately mislead people into thinking there’s no such thing as a self-assembling graphene-based biocircuitry system that could be feasibly injected into people and called a “vaccine,” but the published scientific literature lays out a comprehensive, well-documented body of research that shows this technology is quite real… and has been tested in biological systems for at least two decades.

A “self-assembling” system means that a person is injected with instructions that set into motion a process where a structure is assembled inside the body, using resources available in the blood (such as iron and oxygen atoms). In effect, nanotech self-assembly means that a microchip doesn’t need to be “injected” into someone, since the circuitry can be assembled in vivo after injection.