Your Host: Mike Adams.
Situation Update for May 20th.
Bypass censorship by sharing this link.

The VACCINE DEEP STATE is spreading spike protein particles in acts of terrorism to perpetuate the plandemic. 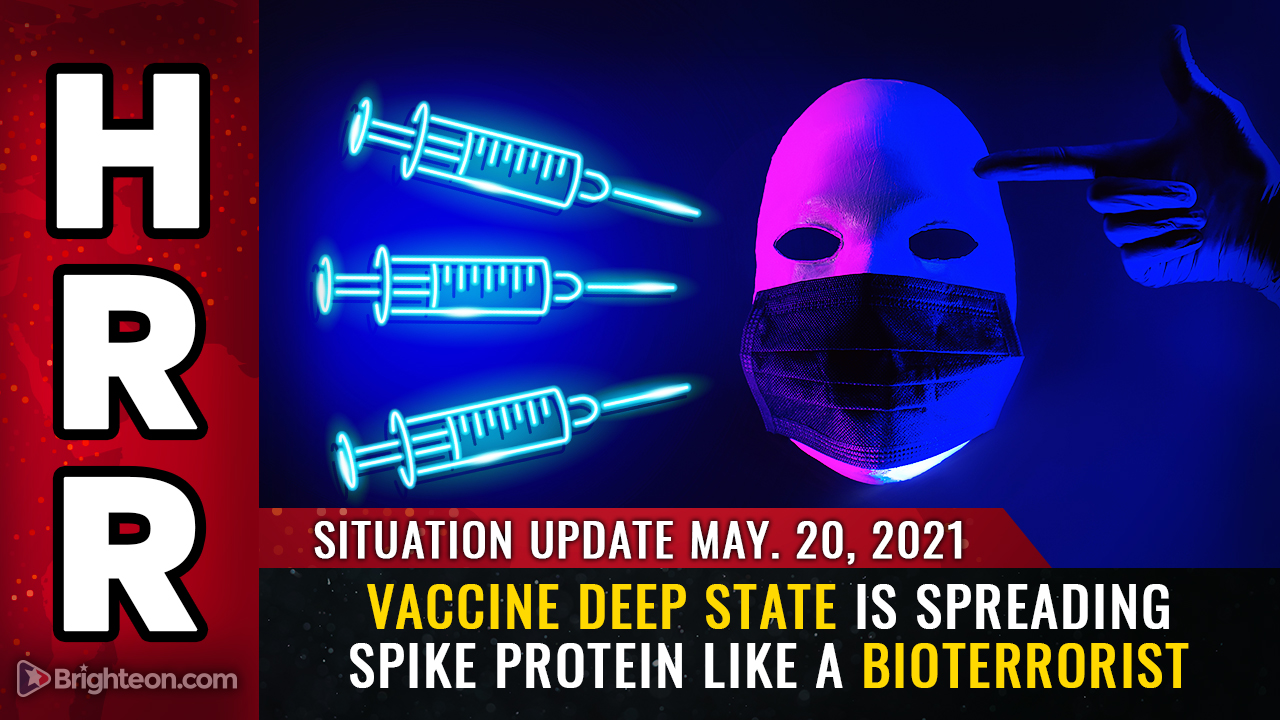 The vaccine industry is now resorting to bioterrorism as its primary business model.

The upcoming “booster shots” are designed to keep the spike protein in circulation, making sure people continue to get sick so that vaccine corporations can reap more profits from the sickness and the fear. Their entire business model now requires repeated injection of human beings with weaponized protein particles that spread sickness and death. All who die will be said to have died “from covid,” while all those who live will be described as having been “saved by the vaccine.”

I hosted an hour of the War Room broadcast yesterday, taking over for Owen Shroyer at InfoWars, and I explained even more:

These same toxic particles could easily be loaded onto drones and released over any city in an aerosolized form. They could also be dumped into the water supply, sprayed onto food crops or released in crowded indoor environments such as subways, train stations or theaters.

Every person that’s hit with the spike protein would be diagnosed as “positive” for covid, via PCR tests, and the media can use that to hysterically scream for more vaccines, lockdowns and masks. This means that any time the controllers want to lock down society and exterminate more people with a vaccine, they merely have to release more spike protein particles into the city.

When oblivious people rush to the pharmacies to get vaccinated, they are being injected with even more spike proteins, which then spread to others via transmission.

If you or I released a bucket of spike protein particles in a football stadium, we would be arrested and charged with bioterrorism. But when the vaccine industry hijacks your body’s cells and transforms your entire body into a spike protein bioweapons factory, that’s called “science,” not bioterrorism.

We are not living in an era when “science” and “medicine” are literally functioning as bioterrorist organizations, building and releasing deadly bioweapons while even injecting them into people under the guise of “public health.” This is beyond insane; it’s criminally malicious. The people behind this (Gates, Fauci, etc.) all need to be arrested, charged with crimes against humanity and subjected to Nuremberg-style criminal trials.

Listen to my Situation Update podcast for more shocking details: