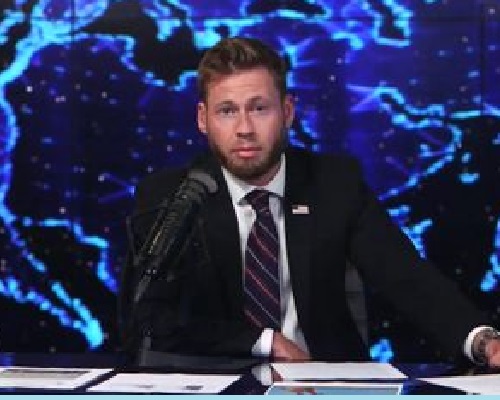 Your Host: Mike Adams.
Situation Update for May 24th – Full
Bypass censorship by sharing this link:

The five phases of vaccine compliance: We are currently in phase 3, and the last phase involves door-to-door arrests of those who refuse spike protein injections. 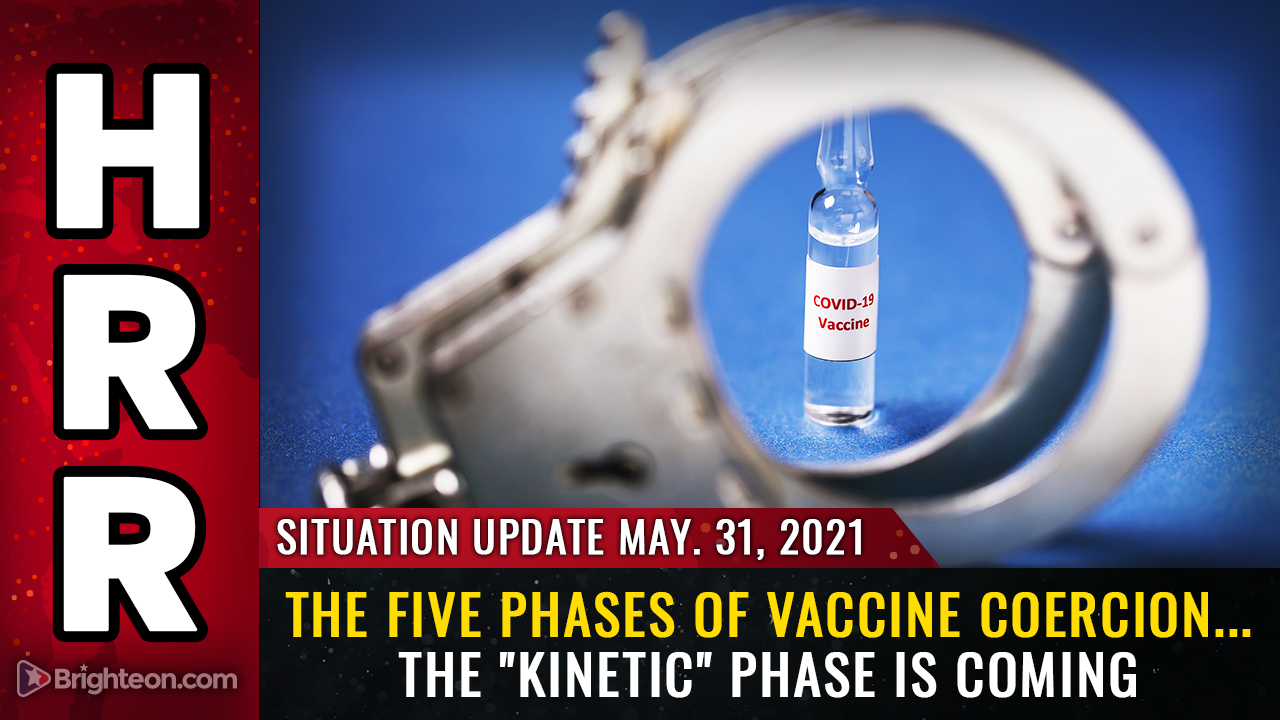 With new information provided by a contact in the federal government, I’ve been able to further refine the escalation hierarchy of vaccine compliance that’s being pursued by the Biden regime. There are five distinct phases to this escalation:

Phase 1 – Voluntary (pushed by media propaganda, paying off social media influencers, doctors, etc.). This phase ensnares those who are gullible enough to think getting injected with spike protein biological weapons will somehow “save” them or set them free.

Phase 2 – Incentives (lottery tickets, free beer, free donuts, etc.). This phase ensnares those who are stupid enough to trade their lives for beer and donuts. There are a lot of these people, and even the globalists realize that such low IQ people have nothing to contribute to human civilization.

Phase 3 – Private sector punishments – in this stage they use corporations to deny people access to services (such as air travel, cruise ships, restaurants, sporting events, concerts, etc.). This phase hopes to make being unvaccinated extremely inconvenient. WE ARE HERE NOW.

Phase 4 – Criminal fines or jail time (government sector) – This phase will kick in after the fake news media blames the unvaxxed for continued spike protein outbreaks that are killing people. Laws will be passed in some jurisdictions that require constant vaccines and booster shots. Any who refuse to comply will be fined or jailed. You can expect this push to originate in blue states.

Phase 5) – Kinetic (military sector) – open biological and kinetic warfare on the American people, carried out by the “woke” military against the citizens. This phase will take place after the vaccine deep state works with the Biden / Obama regime to stage a massive false flag shooting tragedy that can be blamed on anti-vaxxers and gun owners. Once this event is carried out, Biden and the Democrats will call for turning the U.S. military against the citizens to carry out nationwide gun confiscation and force covid-19 vaccines at gunpoint.

As I was told by a government insider, the Biden regime has been ordered to achieve a 70% vaccination rate among US adults no matter what it takes. The false flag attack being engineered by the deep state will serve to provide the “moral justification” narrative to violate any last shred of civil rights, human rights or medical ethics when it comes to assaulting innocent Americans with deadly spike protein injections (also called “vaccines”).

In essence, a vaccine holocaust is the plan.

Depopulation is the desired outcome of this nefarious plan, followed by economic collapse and the destruction of the United States of America. The very people carrying out this plan are the same people who rigged the 2020 election and achieved a political coup to illegally seize power. Now they are using that power to turn America against itself in an act of national suicide.

Today’s Situation Update podcast explains these five phases in more detail, revealing how the vaccine deep state will pretend to be “the good guys” right up until the day they show up are your door and stick a rifle in your face. And remember: Confiscating guns is their most important step because forced vaccine injections can only be successful when the population is disarmed first.