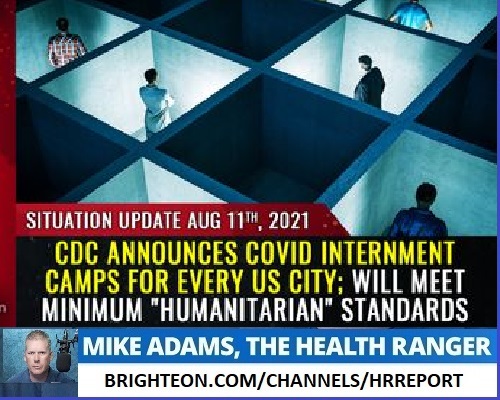 Your Host, David Knight.
My Analysis & Reports of the News.
Bypass censorship by sharing this link.

• Jon Stewart mocks the “bat kissed a pangolin” narrative. “Corporate Colbert” and the Fauci cult can’t handle it.
• Marxists give American composer the EXACT SAME treatment Shostakovich got in Stalinist Soviet Union. It’s NOT “cancel culture” — it’s unrefined Marxism.
• Southern Baptist convention turns hard left, electing a president who supports Marxist CRT & intersectionality.
• Do you have the heart to send your child to college if they’re required to get the injection that is damaging hearts of young people without any risk from virus? Arizona governor issues exec order to stop university from requiring the jab. Will the university do it anyway?
• Corporation that owns over 100 malls declares bankruptcy, supply chain chaos for importing from China and massive inflation & shortages in food.

• NRA & Trump supporters didn’t care about the bump stock ban. It was “4D Chess” or a lobbying victory for the NRA. But as I warned, it established a PRECEDENT of gun control by Exec Order and now Biden is USING that precedent.
• Biden stumbles through G7 Summit and heads next to Putin meeting as Putin points out his imprisonment of dissidents and journalists is NO different than what our govt is doing to domestic dissidents and journalists.
• New research shows mRNA alters DNA — conventional wisdom is NOT science.
• MSM whines about anti-vaxer VICTORIES against mandates and vax passports at state and local levels.
• Marjorie Taylor Greene succumbs to political correctness and apologizes for comparing vax mandates to Nazi policies.
• “Libertarian” REASON mag throws a fit about PRO-SPEECH Act that would reign in technocrat censorship. But if the bill does what they say, it is EXACTLY what we need.

• The pandemic lockdown demands were always the same as climate alarmism agenda. Now the globalists (G7) are back to plan A — climate — to lock in their gains and implement UN2030 Agenda & GreatReset.
• Clinton enemy commits “suicide” as BBC portrays climate “scientist” frauds exposed by ClimateGate as “victims” of hackers.
• UK Parliament Members call on Biden to release Assange. Assange’s imprisonment tells us where Biden & Trump stand on free speech, free press — and who their masters are.
• Inflation is taking off like it did 2008 before Great Recession. How can gold, bitcoin, ethereum be used as a hedge and what are the risks?
• Vaccine deaths reported to CDC’s VAERS jump to 6,000. Compare government and media reaction to 300+ deaths from Boeing 737 MAX to BigPharma VAX with 6,000 deaths in the same period of time.

• DARPA & Johns Hopkins’ Self-Propagating Vaccines — NO Consent.
• Everyone MUST be vaccinated as establishment obsesses over ways to vaccinate without consent — or knowledge.
• GreatReset — from 19th Indian Reservations genocide and control to McDonald’s AI/Robotics and technocrats’ UBI.
• The OTHER vaccine lottery — where you get disabled for life and spend MILLIONS on medical care without compensation.
• The PANDEMIC “Vaccine Court” is even WORSE than the other vaccine court.
• Diary of a STASI Health Inspector’s Visits to Church.
• Hong Kong unable to commemorate Tiananmen Square Massacre — medical dictatorship lockdown accomplished what traditional communist crackdown could not.