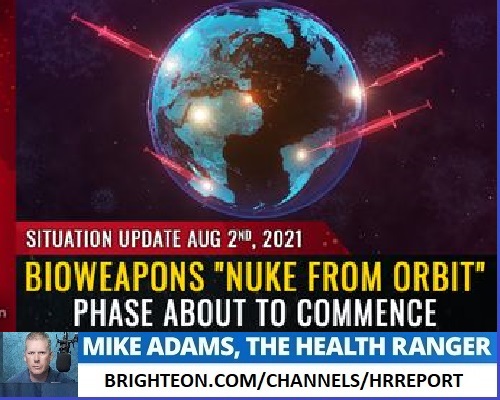 Today is June 7 and I am Dennis Michael Lynch. Below are my opinions on the stories grabbing headlines this morning. I hope you share this briefing as doing so will make you the smartest person in the room, in my opinion.

Less than 500,000 adults are now being vaccinated each day – down from a peak of 3.4 million in April, The Washington Post reports.

Currently, 51.5 percent of Americans – or 170. 8 million people – have received their first COVID-19 vaccine. That number includes adults and also children over 12 who are eligible for the shot. When counting just adults, 63.5 percent have had at least one jab.

DML: In my opinion, the fear and restrictions placed because of COVID is the biggest scam of all time. Finally Americans are waking up.

Mayweather and Paul boxed an eight-round exhibition Sunday night at Hard Rock Stadium. With the bout not being scored, no winner was declared.

The 44-year-old Mayweather used the ring skills that propelled him to world titles in five divisions and a 50-0 career record to frustrate Paul with solid lead and counter shots.

“You’ve got to realize I’m not 21 anymore but it’s good,” Mayweather said in the ring. “He’s better than I thought he was. Good little work. Tonight was a fun night.”

DML: I watched this fight, and the world of boxing has become much like the world of Fauci… voodoo and bullsh*t mixed together so select people can get rich.  I will discuss this on my podcast today.

The station identified the suspects as Eriz Marcus Anthony, 24, and Lee Wynne, 23. The report said they were arrested at their homes in Costa Mesa and are expected to be charged with murder.

The May 21 shooting death of Aiden Leos, 6, while his mother was driving him to school on the northbound 55 Freeway in Orange, has gripped the county and the reward for information reached $500,000. Joanna Cloonan, the boy’s mother, said she was cut off by a couple in what appeared to be a white Volkswagen. She said she heard a loud noise and her son, who was behind her, said, “Ow.”

DML– The bastards need to be executed by the state.

4-North Carolina Student Denied High School Diploma After Wearing Mexican Flag over Graduation Gown
Breitbart -A student at Asheboro High School in Asheboro, North Carolina, was denied his diploma on Thursday after wearing a Mexican flag over his graduation gown at the commencement ceremony.

“I just gotta represent — I did it for my family. They came over here to give me a better future,” explained Ever Lopez of why he showed up to his graduation ceremony wearing a Mexican flag, according to a report by the Courier-Tribune.

Asheboro City Schools said that the denial of Lopez’s diploma was not due to the Mexican flag in particular, saying in a statement that the ordeal was due to the student being out of dress code.

“The heart of the issue is the fact that the student did not follow the established dress code for the event and detracted from the importance and the solemnity of the ceremony,” the statement read. “Our dress code is in place to ensure the dignity of the event is upheld and is fair to all students. Graduation is a milestone event and it is grossly unfair for one individual to diminish this event by violating the dress code.”

DML – Deport this idiot kid, and his family.

5- Man arrested for no mask
I have no idea where this happened, but my assumption is it’s in Australia. It doesn’t matter, the COVID scam appears to have no boundaries. Watch the full video.